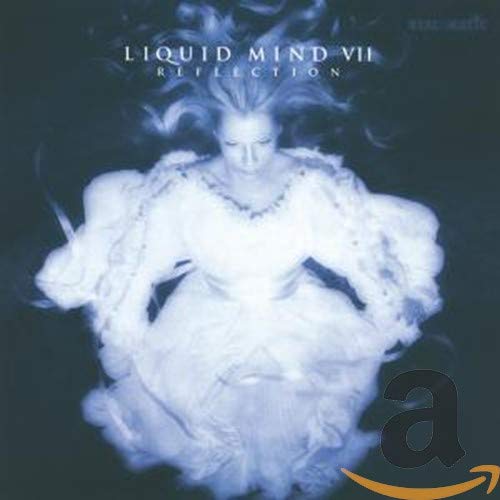 "...In an agitated stream, it is difficult to see a reflection. In a calm lake, that reflection is clear...."

Liquid Mind VII: Reflection, the seventh in Liquid Mind Âs unique ultra-slow relaxation albums, ebbs and flows with a peaceful and introspective elegance. Science has proven that our minds and bodies harmonize with the tempo of our surroundings, and that slow music may cause a general relaxation of muscle tension. This beautiful album is "musical healthcare" at its best: ideal for sleeping, meditation, anxiety and anger management, as a background to Reiki, Yoga, massage, and to enhance all healing activities. Parents and teachers find it useful to quiet hyperactive kids, veterinarians use the music to help animals recovering from surgery, mothers give birth to it, students study to it, artists paint and writers write to the musical backdrop of Liquid Mind. This subtle music has a way of opening our hearts and minds to our true selves.

Chuck Wild utterly succeeds in creating a cocoon from this fast world that requires you to shut down and relax. -- Michael Debbage, Wind and Wire

"h3"About the Artist "p"Liquid Mind is the name used by Los Angeles composer and producer Chuck Wild. Born in Kansas City, Missouri, Wild trained for twelve years primarily in classical piano, singing in a capella groups and choirs starting at the age of six. He studied music history and sang with the university choir while earning a Bachelor of Science in Business Administration at the University of Kansas. Four years followed as a Lieutenant in the US Navy, after which Chuck moved to Los Angeles in 1979 and became synthesist for Capitol Records group Missing Persons. For the next four years, he recorded and toured internationally with the band. "p"In 1985, Chuck began an extended period of songwriting and composition, and has written over 100 songs and compositions, more than 60 of which have now been recorded for albums or for use in television and film. The Pointer Sisters, Tommy Page, Timothy Leary, Wink, Jennifer Rush, Thelma Houston, Glen Medeiros and Philip Bailey are some of the artists who have recorded Wild's songs. While a staff songwriter at Lorimar Telepictures, and then Warner/Chappell Music, Chuck co-composed music with Michael Hoenig for the emmy-winning ABC series Max Headroom. In 1992, his first classical composition for two pianos, Los Angeles Fantasy was premiered by Zita Carno and Gloria Ching at the Bing Theater in Los Angeles. The same year, Wild co-scored the Academy Award winning film The Panama Deception.

Over the last twenty years, Chuck has lent his sonic programming and studio talents on the synthesizer to projects with Michael Jackson, Paula Abdul, Missing Persons, Philip Bailey, Frank Zappa, and many other artists. Wild co-wrote the song "You're My One and Only," (#1 hit in Europe for Jennifer Rush).